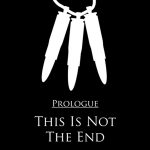 Chapter 1: Prologue: This Is Not…
Currently Reading 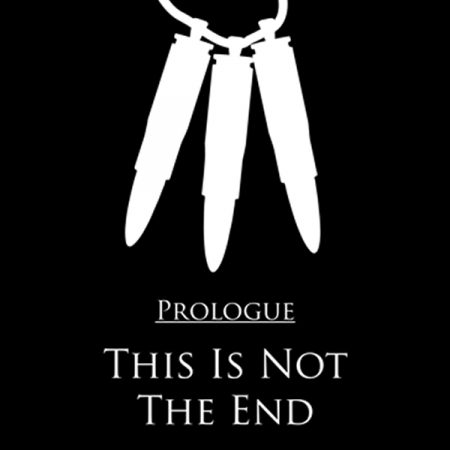 Chapter 1: Prologue: This Is Not The End

October 7, 2015 Seattle, Washington Living in Seattle means accepting that there are going to be days like this, especially during the fall months. The cold, damp, generally crappy days that make you resent anything that forces you to go outside. Personally, I've always thought that days like this are...
Recursion By CDNCrow

Chapter 1: Prologue: This Is Not The End

Living in Seattle means accepting that there are going to be days like this, especially during the fall months. The cold, damp, generally crappy days that make you resent anything that forces you to go outside. Personally, I’ve always thought that days like this are why Seattle is basically only famous for three things: grunge rock, coffee, and rain. And even if I have more or less gotten used to it, today the dark clouds hanging overhead feel especially oppressive.

We’re lucky that it hasn’t actually started to rain yet, but I know it’s not far off. Low rumbles of thunder have been rolling over the city from somewhere inland and the air has that unique about-to-downpour smell that locals are always going on and on about. I started noticing it after a couple of months. It’s sort of an earthy smell that tells you you’d better get your butt inside.

I really hate storms. We both do, which is probably the reason we’re making our way across the sprawling cemetery grounds so quickly, moving past row after row of marble and granite headstones toward the section furthest from the main entrance. The markers are newer there, and mostly free of the dark green moss that seems to build up on any untended surface in the Pacific Northwest. Most of them are smaller, too, and set a lot closer together. Apparently more people are getting cremated these days. Guess they don’t want their family dropping a few grand on a pretty box they’re just going to bury anyway.

It doesn’t take very long for us to reach our destination, a row of markers not noticeably different from the ones before and after it, and we part without a word. She waits on the gravel footpath, and I make my way down the line until I reach the one I’m looking for. I gaze down at it for a long time, trying to keep the tears from welling in my eyes, before finally speaking.

“Hey. I…uh…I know I haven’t visited in a while but…I dunno.” I offer a half-hearted shrug. “I guess I just didn’t know what to say.”

I lapse into silence again, distractedly fidgeting with the trio of bullets hanging around my neck.

“I know we said that I should move on after…y’know.” I look down, kicking at a small tuft of grass. “Actually, you said I should move on. Among other mixed messages. Either way, I don’t remember agreeing to anything.”

Glancing behind me, I kneel down to lightly brush my hand over the marker’s granite surface and lower my voice. “I still miss you. I miss you every single day. So much it hurts. I miss that little smile you’d give me if I said something dumb. I miss the way you never made the bed but got so weirdly neurotic about how your t-shirts were folded.”

I pause, taking a moment to collect my thoughts, flinching when an ice-cold raindrop lands on the back of my neck.

“I’m going to do something. Something kinda crazy. Something we never thought was possible. And I know that if you were here, you’d be calling me reckless or selfish for even thinking about it. I know I’m being selfish, but I also know that I can’t live without you. Two years ago, you just dropped back into my life and now I can’t even imagine trying to go it alone.”

She probably would’ve hated this plan. She’d be pissed at me for even considering it. She’d say that it was too dangerous. That even if she was out of my life for five years and only back for a little over one, it wasn’t worth the risk. She was weirdly pragmatic that way.

But she also isn’t here.

“So, yeah. You said I should move on, but I can’t. When we were together, I could tell myself that it was worth the price we paid. That having each other was worth giving up Arcadia Bay. But now?” I shake my head. “I just can’t.”

A sharp gust of wind rushes over the cemetery grounds, carrying the kind of damp chill that seems to cut right through you. Shivering, I hike my jacket’s collar a little higher and reach up to tug the dark blue beanie down over my ears. It helps, but only a little.

“That’s why I’m going back. Because I think there’s a way of making all this right. I think we’ve figured out how to…” I sigh. “Fuck, I don’t know if we’ve figured out anything. This is the riskiest thing I’ve ever done in my life, and that’s saying something. It’s half guesswork and half blind hope. Maybe we’re on the right track, or maybe I’m just so desperate that I’ve convinced myself we are.”

Reaching into my pocket, I pull out a slightly weathered photograph. The two of us look so content, staring into the camera with our goofy smiles, back when Arcadia Bay still existed and the world seemed so much simpler than it is.

Before everything went to hell.

Before she got sick.

It’s one of the very few I have left, but I won’t need it where I’m going. I look at it longingly for a second before placing it on the stone marker. “There are so many things that could go wrong. I might pull this off, but it’s probably more likely I’ll die trying.” I let out a soft, humorless laugh. “I guess I’ll be seeing you soon either way.”

My partner in this crazy-as-hell scheme loudly clears her throat and I look back. Her tone is respectfully low, but firm. “It’s a long drive, Max. We should get moving.”

“Be right there,” I reply over my shoulder. “You heard the lady. Gotta get going. I’d say goodbye, but I think that given the circumstances, I’d rather go with see you earlier.” Putting my fingertips to my lips, I reach out to press them against the cold stone. “I love you, Chloe, and I’m coming back for you. I swear, one way or another, I won’t let our story end like this.”