2 Characters
Featured In This Chapter 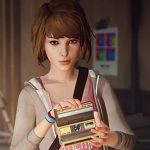 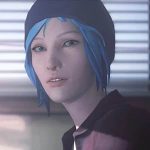 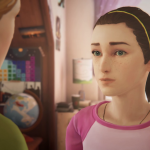 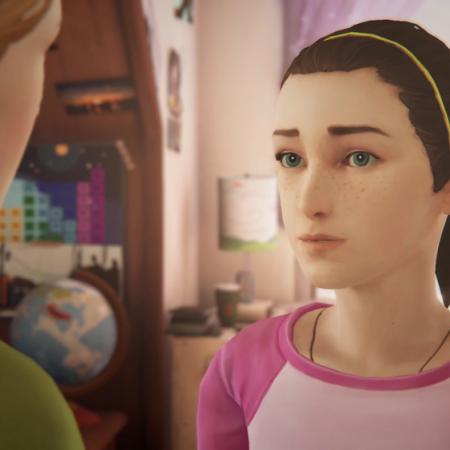 “You cannot do this alone, Max Caulfield.” “Why does she even try?” “The shadow will consume her.” “She is so weak.” “Look! She’s confused. Hahaha!” “It’s her heart. She cares too much. Pity.” “Love. Meh.”   Max shifted her weight on the side of her new bed. Comfort wasn’t something...
Voices By Clarx

“You cannot do this alone, Max Caulfield.”

“Why does she even try?”

“The shadow will consume her.”

Max shifted her weight on the side of her new bed. Comfort wasn’t something she felt she deserved.

“Look into the shadow long enough, Max, and it will stare back at you.”

“Darkness will have her.”

She was terrified. She felt dumb.

“What are you doing?”

“They need each other. Why won’t she call?”

“Guilt? She didn’t kill him. Moving wasn’t her choice.”

Max stood and dragged herself to the bathroom. She twisted the cold water knob and cupped her hands beneath. Some trickled through the gaps between her fingers. She brought the dripping liquid to her face. The cool sting helped, temporarily. Grabbing a towel from the cardboard moving box on the floor, she patted her face dry. She looked into the mirror and caught a glimpse of the shadow.

“Everything changed. Nothing will ever be the same.”

Max crumbled down to the bathroom tiles. With her back against the wall and floor boards, she reached both hands behind her head and tucked herself between her knees. “Chloe…” she whispered to the void, eyes heavy with regret.

“Everything was taken from her.”

The teen pushed up from her crouching position and stood.

“You have to find a way to move forward, Max.”

“This is her journey now.”

“It will destroy her.”

She sulked back to her room and retrieved her phone.

“What would she even say?”

As she stared at her contacts screen, a thorny wave of debilitating grief cascaded through her. Again.

“She is not strong enough.”

“Max, you have to move forward. Someway. Somehow.”

“How can she? There is nothing left.”

As the screen went black from inactivity, tears rolled down the girl’s cheeks. She placed her phone between both hands and clutched it to her chest. She fell over on her bed and just laid there in a pile of self loathing grief, guilt, and despair.

“She will never break out of this.”

“She lost the piece of herself that made her… her.”

“Put the past behind you, Max.”

“She deserves the shadow’s cast.”

Maybe, just maybe, her parting words would help. It was the last hope that remained. Maybe the tape she left would be enough. For now.

“It did more damage than it helped.”

“Her voice is a harsh reminder.”

“She won’t be the cause of more pain.”

“Enough!” Max shouted as the voices briefly dulled to background whispers. “I can’t call her! I’m having a hard time adjusting to this move, and I want to talk to Chloe about it… but I can’t because I’m upset too. Chloe lost her dad! I miss him so much. I can’t ask her to be supportive though, it’s so stupid and selfish. I can’t talk to her about her dad because if I act like I’m sad about him too I’m being selfish; he wasn’t my dad.  I’ll say something stupid and make her feel worse. I love her so much, but I can’t hurt her anymore. She doesn’t need me around!”

“The shadow has her now.”

“Do not give up, Max. Maybe things will be better one day.”

To me, this is the most misunderstood part of Max’s life. Some people vilify her (even though she was just 13) because she lost touch with Chloe after the move. Before the Storm didn’t help either with the way they depicted Max ghosting Chloe (which I still adamantly disagree with).

Anyway, Max always loved Chloe. She was just a grief stricken kid and didn’t know what to say to not hurt her any further.